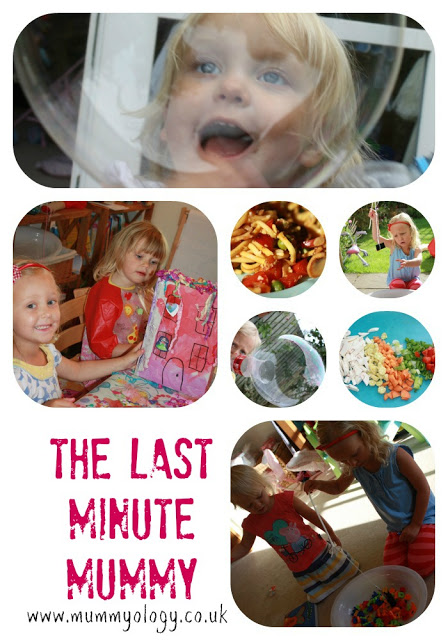 Sometimes i am super organised, a lot of the time i’m not!

Sometimes you need to just rustle up a quick game to keep someone entertained for five minutes or magic a craft out of thin air to keep some visiting friends from trashing your house. I find i have quite a few last minute moments so thought i would share my most recent ones. 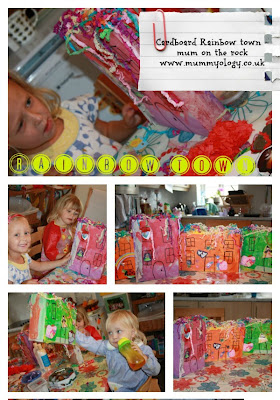 First off was our crazy but fun playdate with two of my school friends and their children. It was pretty chaotic; we had three 2 year olds, two 3 year olds and a 4 year old in the house and all were… shall we say, in the mood to be a little rowdy! Some days, kids just seem like they want to ensure your house looks like it has been burgled before they have to go home so – i decided to intervene!

My husband thinks I should write a book called 101 things to do with your old cereal boxes as I hoard them obsessively but at last, my little collection came in handy! I decided to get the kids making a Rainbow Village using boxes which turned inside out and taped together so that they were just plain cardboard. We got the kids all togged up in every bit of protective painting apron / old bibs etc that I could find and off we went.

It was fascinating to watch how all the kids approached the craft very differently but they all really enjoyed it (wow!). The little ones loved watching the older ones and tried to copy their techniques in painting. The older ones were surprisingly keen to be neat and chose their colours for each side of their box quite precisely.

My other little hoard (My kitchen looks like a recycling depot!) of the little plastic trays biscuits come in and washed out yoghurt pots which made it easy to give everyone their own little row of different colours to choose from and even better, I could just throw them away when finished – much quicker than washing up!

Once the boxes were painted we popped them in the sun to dry while the play continued and when they were dry enough, the mummies helped the little ones draw windows and doors on (we couldn’t let ourselves loose control completely!) The children then got their glue ready and had a brilliant time decorating their houses.

My very clever and crafty mummy friend came armed with Pre cut out pictures in case we did something crafty together (what planning!!)  She had cut them out of her daughters birthday cards and other comics and boxes / wrappers – this proved a real hit! The younger ones enjoyed it choosing their favourite characters but the older ones really went to town making their houses look good, adding curtains and putting little faces in windows etc and ta da! Together they looked fab and everyone was very proud to take them home too. 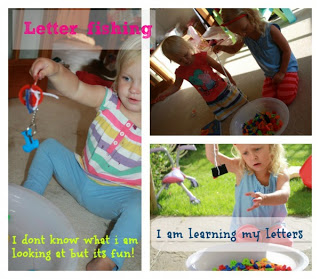 My other moment of fun was a lunchtime game for Bea in an attempt to educate her while Freya has her little lunchtime sleep and not just resort to putting the TV on! We picked up these super cheap magnetic letters in a local toy shop the week before so i found an old balloon stick and used a bulldog clip on a string as a fishing line and she was ready to fish!

We had great fun fishing for the letters themselves and trying to guess each letter once she had caught one. Even if mummy hadn’t thought through that she isn’t so good with capital letters, it was still fun! Testament to Bea enjoying it,  she has independantly picked up her rod quite often since. Freya has also had great fun trying to fish for letters – quite good for the old hand eye coordination? 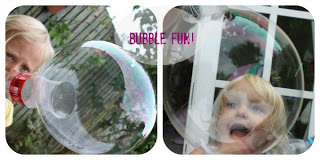 Next up was BUBBLES! I have seen loads of pins on Pinterest for giant bubbles so thought that might provide a bit of last minute fun too. It looked simple, washing up liquid, cornflower and water is all you need… but then I realised it wasn’t so last minute as the recipe we chose required the mix to be left overnight – Hey, it doesn’t always work out!
We saved it for a day and perhaps it didn’t achieve the ridiculously enormous bubbles like the pictures online but we did quite well and using bottles to blow the bubbles made it super easy even for Freya so it was actually a lot of fun for the crazy half hour before dinnertime. 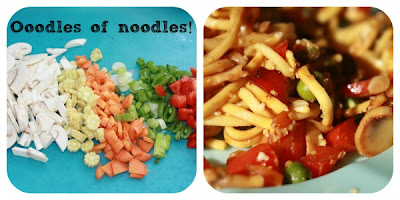 Last but not least…. my quickest dinner of all. Oodles of Noodles are a top family favourite so i thought i would share the very simple recipe with you.

VEG – this is one of my favourite recipes for adding all sorts of veg to the girls diet. I think it was Lorraine who blogged about trying to always eat to make a rainbow in your tummy – well, we have kind of adopted this as a little food rule (Bea loves a Rainbow!!) So, be it a slightly bendy carrot or half a pepper that needs to be finished up, this is a great excuse to chuck all sorts in and make a real rainbow on your chopping board, just chop it up small so it cooks quickly.

The girls fav mix is:
2 spring onions
1 carrot sliced or chopped
3 mushrooms
4 or 5 sugar snap peas
3 or 4 mini sweetcorn
quarter of a red pepper
(sometimes some fresh ginger or garlic too)

Heat a tablespoon of oil in a wok and stir fry the veggies all together. I usually splash in some soy sauce, sesame oil, lemon juice and sometimes a teaspoon of honey. Once the veg is cooked but still has a bit of crunch to it, throw in the noodles and heat them through. Ta da – i promise this only takes about 15 mins to pull together and if you are my kids… about the same to eat!

Have you done any quick crafts or games or meals you would like to share? Let us know!

Don’t forget the baking powder (and other mummy mishaps!)

Masterchef for mummies – 10 easy meals for your kids to enjoy