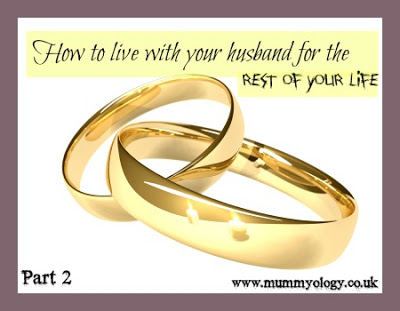 Isn’t it wonderful when you look at the person that you live with, and think, God. Of all the lunatics I’ve been with in the past, all the mistakes, all the glaringly unsuitable suitors, I think, finally, I’ve managed to hang onto someone long enough to get married to them before they change their mind.

It’s more a process of elimination isn’t it. Or in my case it is. I went through my 20’s briefly dating people that I shouldn’t have, and with each break up, and each default back to ‘single’ status on Facebook, I learned a little bit more about the sort of person I shouldn’t be with.

I shouldn’t be with anyone who less than 6 foot, otherwise I can’t wear heels. I shouldn’t be with anyone who isn’t passionate about X factor. I shouldn’t be with anyone who is offended by relentless eating. Similarly, people who are offended by the fact that I get into my pyjamas the second I walk in the door at night, or the fact that I laugh heartily and lengthily at my own jokes, should not entertain a relationship with me. People who require a girlfriend who can drink more than one sweet sherry without needing to go to bed, immediately, even if it’s 6.30pm, should not look at me as wife material. If you are turned off by women who spiral into hysteria and try to book themselves into hospital if they so much as sneeze more than 4 times in a row, then I’m not the girl for you.

All these considerations have been considered. Enter Ed. He is a man who is higher than 6 foot. He doesn’t love X factor but he’ll watch it with me. I know that secretly, although he would never say it, Ed thinks I’m mental. This is because Ed operates on one level: man mentality, if you will. He is a graph of typical man mentality over a period of 6 months.

See now the difference in man mentality when measured against standard female mentality over the same period:

Ed cannot understand that I cannot operate on his level, simply because I am female. But what a wonderful, simple life Ed would have if only he could compute this! There is no logic and reason in a woman’s thought process- therefore: if one day I am affectionate and loving and not bothered by the mess that he and Sonny have left everywhere, this does not mean that the following day with see the same pattern of behavior. And if it did- well how predictable and boring would that be? How standard and simple. How male.
The title of this blog post is deceiving because it suggests that I have the answer to a happy and harmonious marriage. I don’t, as it goes, and would welcome the opinions of anyone reading this who does. Please, please, for the love of God, email me if you know. All I know is this- when we’re in the middle of a deadly row, and in my mind I’ve packed my bags and am half way around the world on a false passport, I always remember why we are together, and it’s not because we moved in way too quickly and then I got knocked up. It’s because, as luck would have it, I moved in too quickly with a strange man who very quickly became my favorite person (until he moved into favorite person position number 2 in August 2010) and as with all your favorite people, even though you think they are awesome, nobody can be consistently awesome all the time. Even Ed.

How to make a baby part two.