How to make a dragon and other Chinese New Year Crafts

Did you know, it is nearly Chinese New Year? If you have a child in school I bet you do and its quite likely your kids have been set some homework about it too! On the 10th February, Chinese communities around the globe will begin celebrating the new year – the year of the snake.

Bea is learning all about this, the biggest of the Chinese festivals which is also known as the Spring Festival at school this week. The subject has really caught her imagination SO our house is a buzz with all things oriental. I thought I would share a few of our fun crafts and foodie ideas and round up what other brilliant bloggers are doing to celebrate Chinese New Year too.

Beas homework was really open ended this week – to make a model, bring in pictures, try some food or basically learn something about China or the Chinese culture. Well, like mother like daughter, Bea loves her craft and jumped on the opportunity to make a model.

We had a lovely long chat about what she thought represented China, she had lots to say and must have been paying attention in class! A DRAGON was the first thing that came to her mind though and she was set on the idea to make her own dragon of some kind.

Once more, I turned to the marvellous Pinterest and quickly searched ‘Chinese New Year Craft’. Well, we were spoilt for choice, Beas eyes were a glow with the options of what we could try… the fabulous Red Ted Art has put together an awesome round up of Chinese New Year Craft ideas which includes the picture which Bea fell in love with – the egg box dragon.

I am a devil for trying to do too much of it for her as I want it to look nice, but this time, I merely acted as foreman and provider of advice (had to really sit on my hands!!)

To start, we didn’t have an egg box! Not to be easily outdone (and with no chance of postponing the fun until tomorrow) We used a cherry tomato box – a plastic kind of punnet.

I found some gold tissue paper that I had saved from some flower wrap, I love to recycle! To me, China really does mean anything red or gold. Bea glooped PVA glue all over the punnet  with a paint brush and placed it on top of the square of tissue paper and then wrapped the paper all around it so that it was covered it ended up looking like this… 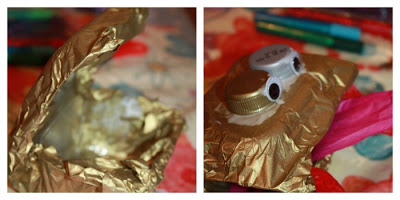 Next, she glued some tissue inside its ‘mouth’ to look like a tounge and some flames. Then stuck some bottle tops on top for eyes and googly eyes onto these. Beas dragon was starting to take shape! 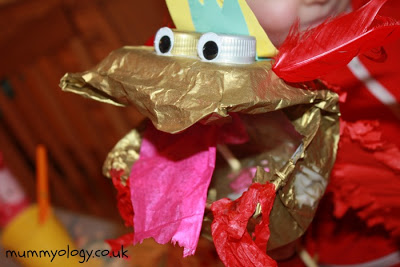 She set about drawing some zig zag ‘scales’ after I showed her one to follow and she cut them all out herself (I was amazed at her determination!) Sticking these together and onto the dragons head along with some feathery ears simply stuck though the holes of the punnet made him look really lovely. While we were still cutting out, Bea also stuck some feathers and scales onto an empty TP roll which would be the dragons tail. 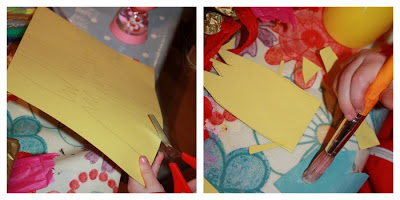 Digging around in our craft cupboard I found some great ric rac paper streamer – perfect for the dragon body! So, together we gloopy glued the streamer to the head and the tail. He looked great! We had to wait (boring) for all the glue to dry off but once it had, I then stuck some chop sticks into the punnet and used Duct tape to secure above and under so that the sticks didn’t simply fall though. I also then stuck a chop stick through the tail. 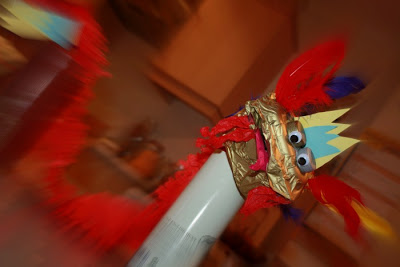 There are lots of other fabulous and easy crafts you could try with your kids to bring a little of Chinese New Year into your house. As it’s the year of the snake, I also rather like this paper chain snake, and I love this handprint dragon that is also recommended on Red Ted Arts blog post but originally written by Baa Baa Beep

There are loads of ideas for making Chinese style lanterns. Bea and Freya both loved making jam jar lanterns by simply covering them in tissue paper and decorating with glitter glue. 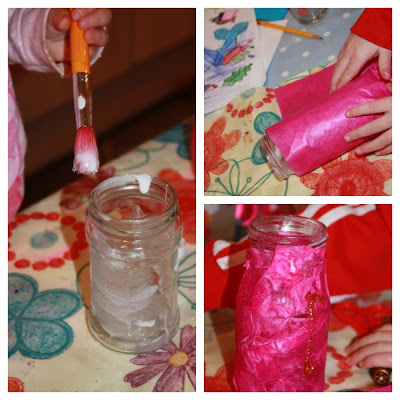 The best result by far was the easy peasy paper lanterns. I wont re-write what has already been written – for instructions on how to make these, look here. We decorated our card before cutting it up though which might be easier for younger kids. (the lovely patterns were made with a free gift Bea got in a well known chocolate egg! The best ever!!) Note Beas writing Gung Hay Fat Choy – Happy New Year in Chinese! 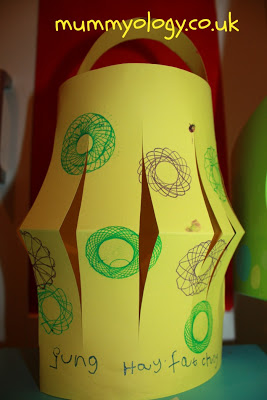 Other lanterns and crafts I like the look of are this lantern one from FamilyCorner, this egg box dragon from Nurture Store and I love this paper cup fire breathing dragon for little ones from Here Come the Girls.

If you can’t get crafty, get chatting about Chinese New Year. -What do your kids know about China? Do they know what animals live in China? How about what food is linked with China…Have you ever taken them out for a Chinese meal? We have and Bea still talks about how delicious the duck pancakes and the chinese crisps (prawn crackers!) were! You don’t need to go out to give your kids a taste of China though, try cooking the kids some fried rice or some noodles? My girls love both – take a look at my recipes here. We are planning an attempt at making fortune cookies for all Beas classmates this weekend using this recipe. I will write again to let you know how that goes! If that ends in disaster, I might just make up a batch of lucky Chinese New Year play dough like this from Fairy Dust Teaching.

Have you got any fun Chinese New Year crafts to share? If so, let me know!

Happy New Year! Enjoy the year of the Snake.

Love Mum on the Rock x 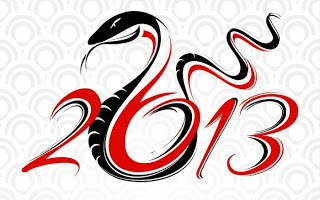 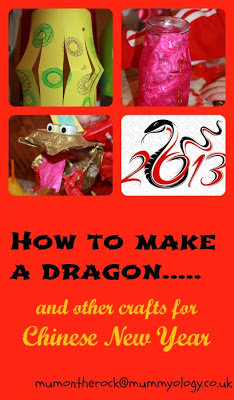 Just a little post from us this week as we are in the middle of Easter school break and we have daddy off for a week of it so are FAR TO...